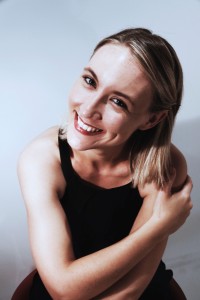 Helen Scheuerer is a novelist from Sydney, Australia, and the Founding Editor of Writer’s Edit. She has university degrees in both creative writing and publishing. Her #1 bestselling YA fantasy novel, Heart of Mist is available now. She is a full-time author living by the beach.

Early today, I posted my interview with Helen. If you enjoyed Heart of Mist and/or would like to know more about the author behind the book and the behind-the-scenes of the writing process, you should definitely check out the interview.

Now onto my review!
Warning, there will be minor spoilers for Heart of Mist. 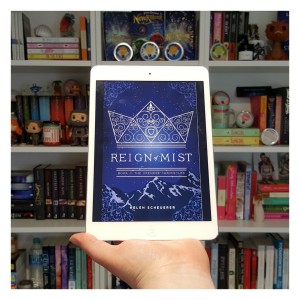 Regin of Mist picks up where Heart of Mist left off and the story continues to be told via Bleak, Henri, Swinton and Dash’s points of view.

Bleak finds herself in a foreign location with strange creatures and unexpected strangers. She begins to find answers about her past and her true identity though, more often than not, those answers only lead to more questions. Bleak also has to face many more challenges, some for her body and others for her mind, which have shaped the character growth. She is not the same girl we met at the start of Heart of Mist, but she is all the stronger for it.

Henrietta Valia has also changed quite a bit since we first met the Queen of the Valia Kindred. With war hot on her heels and ghosts from her past returning in unexpected ways, Henri and her Valian ways are tested. It was nice to see more of her vulnerable side and how her fighting spirit strengthened the more she let people in.

Commander Swinton was much the same in his actions but more panicked in mind. We finally see the man behind the title which explains some of his past decisions and the real reason for his loyalty to the king. I had suspected the who and why in Heart of Mist but it was interesting to see how it was revealed.

Dash, the poor young man, does not have an easy go of it and faces perhaps the biggest transformation anyone could ever experience. He is forced to grow up in more ways than one, suddenly his dream of being a knight is not so unrealistic and, if that was not stressful enough, the magic he possesses could make all the difference in this upcoming war.

Reign of Mist kept up the action-filled pace set by its predecessor, though it did suffer a little from middle-book-syndrome in that we know a war is coming thanks to the events at the end of Heart of Mist, yet we only get a glimpse of the war right at the end. However, there are battles that take place, many of which had me gasping or holding my breath as I waited to find out what would happen, and it is through these that we meet new characters and are reunited with old ones that I can see these having some impact on the upcoming war.

As with the first book, the writing was captivating and the plot and characters were interesting and intriguing, but the flicking between characters still bothered me a little. Just as I was getting caught up in a scene and becoming anxious to find out what would happen next, I would be taken away from it and plonked into another. I also dislike that I only really know where two of the four characters are at the end of this novel. One was on the move at least half a dozen chapters before the end with some important secondary characters and another simply was not mentioned after a massive incident that could have resulted in their death. I am usually okay with the last minute reveals and cliffhangers, but I am feeling too much anxiety for these characters and it will plague me until the next Oremere Chronicles novel is in my hands.

Regin of Mist is another amazing book from Helen and it has cemented my love for the series. I cannot wait to read the next instalment!

Click here to add Regin of Mist on Goodreads.

Here are some of my favourite quotes from Heart of Mist:

The colours were different here, softer and sapped of their brightness, thanks to the lingering mist.

It was really happening. Rebellion. There was a war underfoot. And Oremere was at its heart.

The long grass scratched at their exposed skin and the mist swirled around their ankles.

Beneath the glimmering cosmetics, her skin had gone sickly pale.

“I tried to give you your life,” he hissed. “Now, I can only give you a swift death.”

“I don’t live by many rules anymore,” she said, meeting Bleak’s look of surprise. “But one of my few exceptions is: when there’s a hot meal, eat.”

She didn’t know him, but her magic… Her magic did.

It wasn’t a war. It was an extermination.

His magic surged, knocking him in the chest with full force, more powerful than it had ever been.

Not all wars were fought with blades and shields. Not all courage was found in the heart of a battle.

No cell could ever be too dark or cold for this bastard. 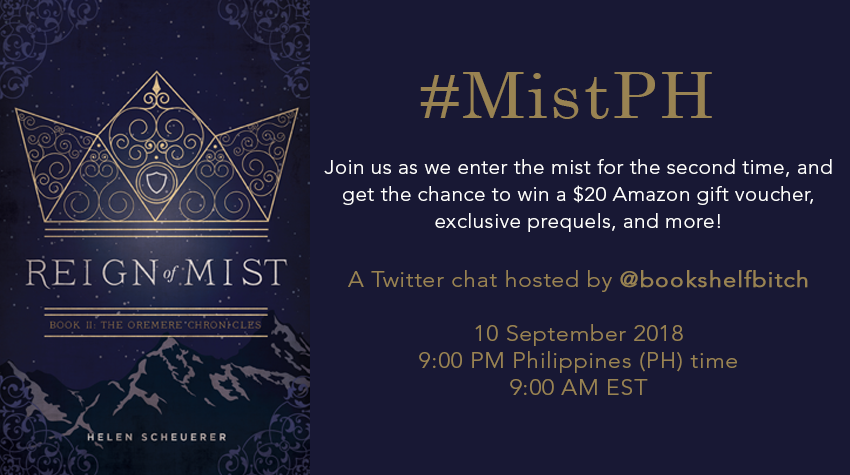 Join in the Twitter chat hosted by Shealea of That BookShelf Bitch taking place on Monday, September 10 at 9am EST (11pm AEST) if you are awake in your part of the world! You can enter the giveaway here for your chance to win a $20 Amazon gift voucher, exclusive prequels and more!

Do you plan to read Reign of Mist?
Let me know in the comments!